Santa Baby! Another of Monica's Beauties

I have been so down and out with morning sickness (all day sickness) the past few weeks that it feels AMAZING to be working again.  I couldn't even sit for long periods of time at one point without getting nauseated.  Like clockwork I'm moving into the second trimester and morning sickness is starting to disappear.  THANK GOODNESS!  I don't know how much  more I could take!  :)

A bit later than planned but still within the time frame I allotted myself, I finished Monica's Santa wall hanging.  Today I load up a larger Christmas quilt she sent me and I'm all sorts of motivated as the tree is up and lit and the Christmas music is playing. 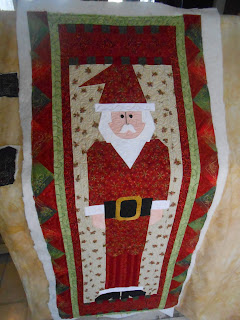 I used Glide in sand on Santa's hat brim and cuffs...just enough color but not overwhelming. 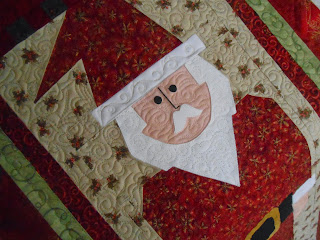 Again I tried to give Santa a happy face but one with character and a little age....all that's missing is a bit of rose color in his cheeks! 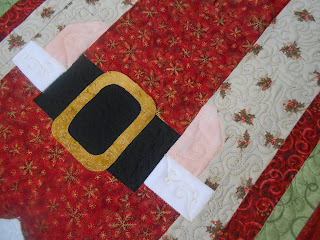 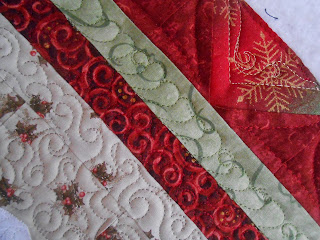 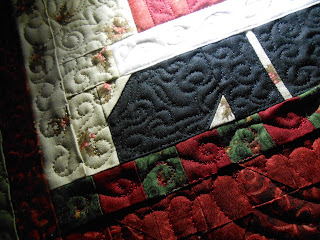 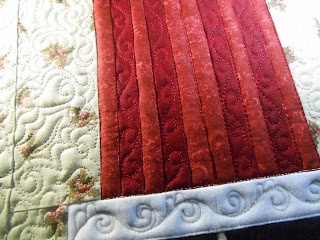 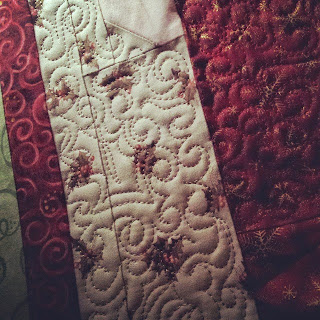 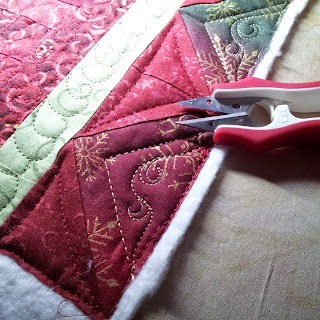 These triangles in the border were a little tricky but I got them done!  I think they are half square triangles cut in the traditional matter with the bias on the outer edge...it proved to be a real stinker when trying to baste this quilt and keeping the lines straight.  I think we did alright!  :)

Pictures in the next day or so of the rest of Monica's quilts.  I'm on a roll!  :)
Posted by Valerie the Pumpkin Patch Quilter at 7:02 AM

So glad to hear that you are feeling better. I remember those days.
As always your quilting is wonderful!

It really looks great and I will tease you yet again my friend....it is way too early to have your Christmas decorations up! :) 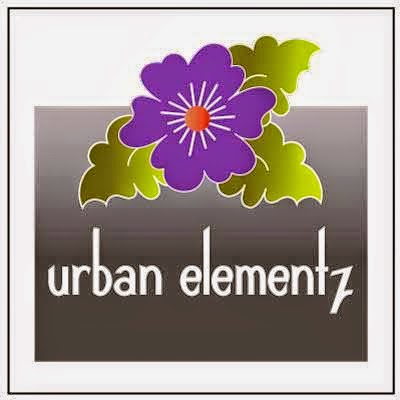 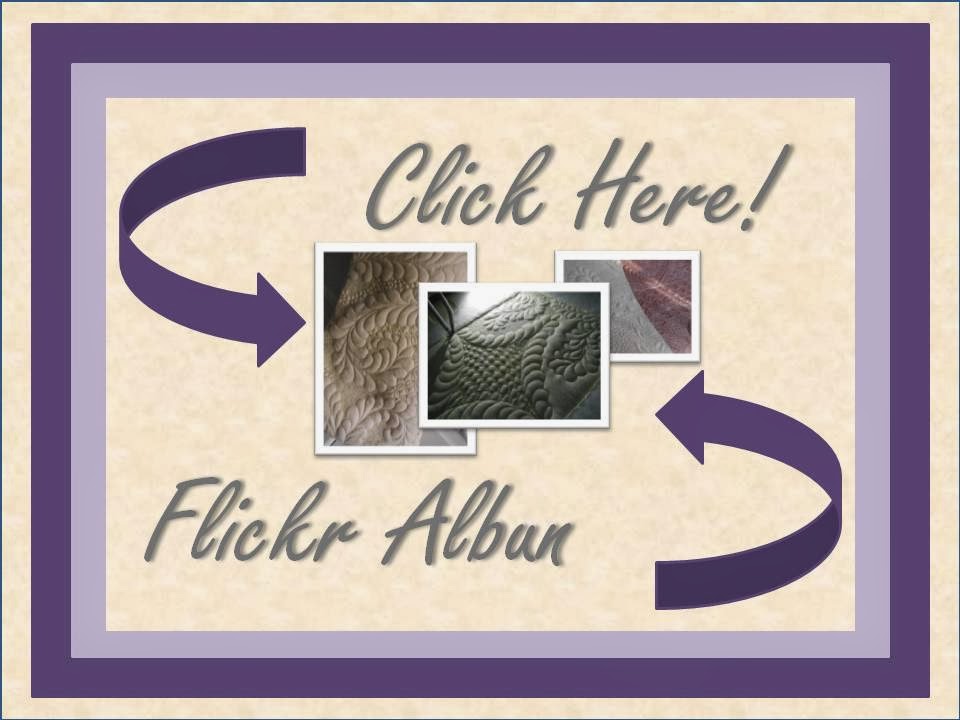 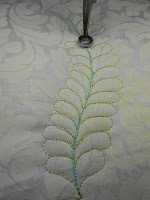 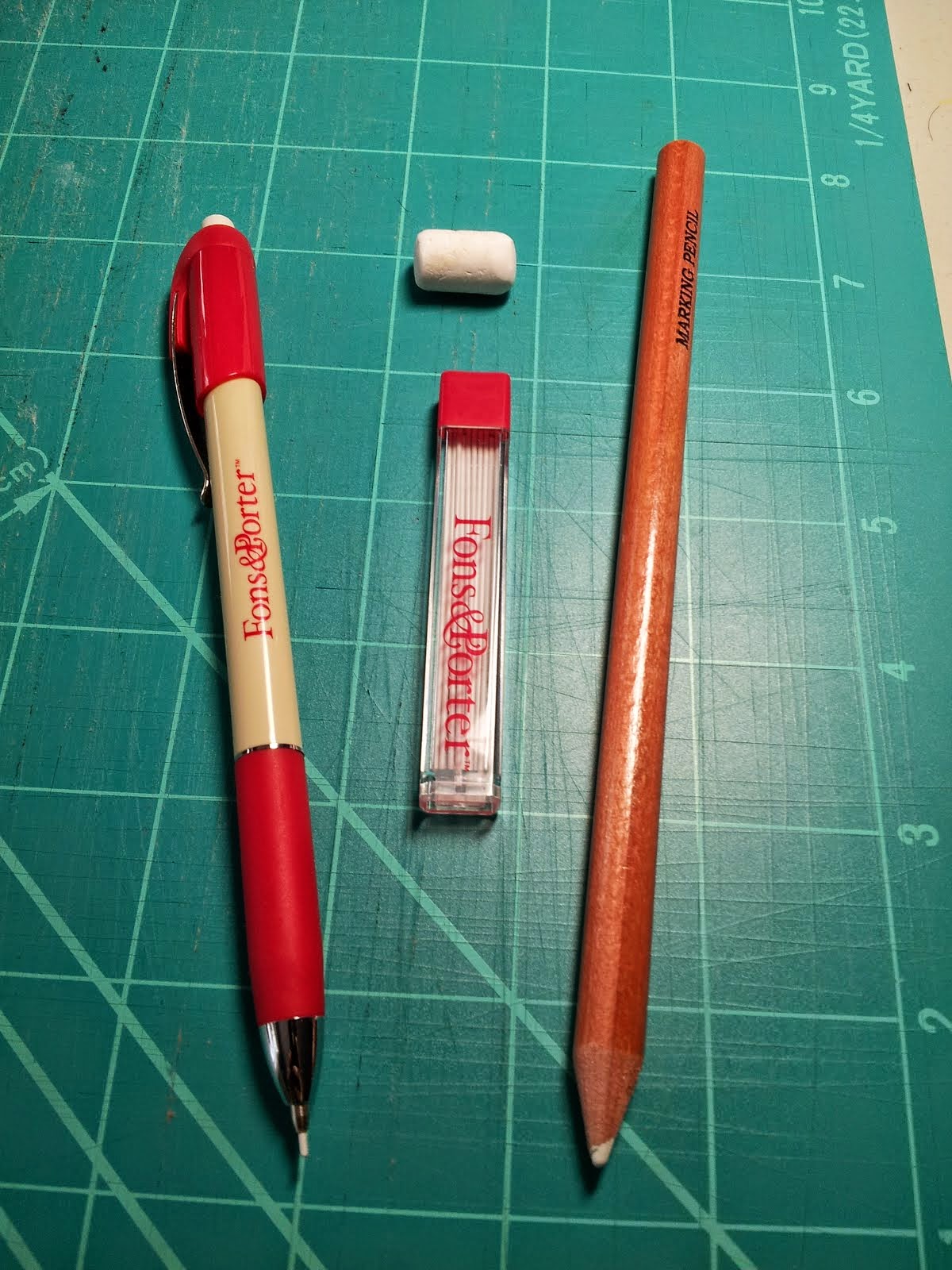 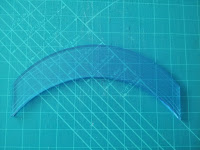 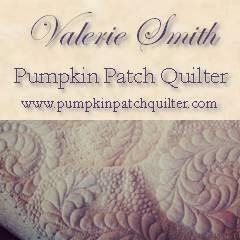